Nitrifying bacteria use ammonia as their food.  Since ammonia (NH4) does not contain glucose, as for heterotrophic bacteria, it provides very little energy.   Consequently, nitrifying bacteria such as Nitrosomonas sp. are very slow growing organisms.  Furthermore, in cold water, their growth rate declines even more.  The figure below illustrates how cold water increased the number of days for these bacteria to reproduce in a wastewater treatment (sludge) and water.  Six days at 5◦C is long compared to heterotrophic bacteria, which reproduce in about 30 minutes at 25◦C!

So if you try to establish a new biofilter into a lobster ponds waiting until the surfaces of the biofilter are well coated with these good bacteria, consider waiting for about one year.  Ammonia fluctuations are sure to happen during that year.

Further, even when a biofilter is well-established, the reaction of these slow-growing bacteria to ammonia fluxes is slow. This occurs when a large load of lobster is transferred into an empty tank, for instance. When this happens, you should expect a temporary rise in the level of ammonia.

The good news is that at AQUABIOTECH, we have known this for a long time.  All of our biofilters are pre-coated with live seawater nitrifying bacteria before they are put in service.  We have even developed a Biofilter Inoculation Station (BIS) designed for lobster ponds.  It automatically feeds the biofilter with increasing loads of ammonia until the bacterial population demonstrates that it is ready to work.

One will thus understand why closed water recycling systems are not ideal for purging tanks. A situation where large numbers of non-purged lobster are put in and out of the tank carrying heavy loads of ammonia generates population swings within the biofilter.  Consequently, ammonia will accumulate until the bacteria are in a large enough number to metabolize it.  Then as lobsters are removed, the biofilter bacteria will begin to starve and die.  Therefore, our Eco-Lobster Condo purging systems are located on the ocean side and use a partial input of fresh seawater to dilute ammonia.

For the optimal management of the closed lobster pond, one should simply be attentive in keeping the ammonia load stable while lobsters are in transit through the pond. We provide guidelines to our clients that will help them maintain a stable ammonia load in their REBF pond.  Contact us for more information. 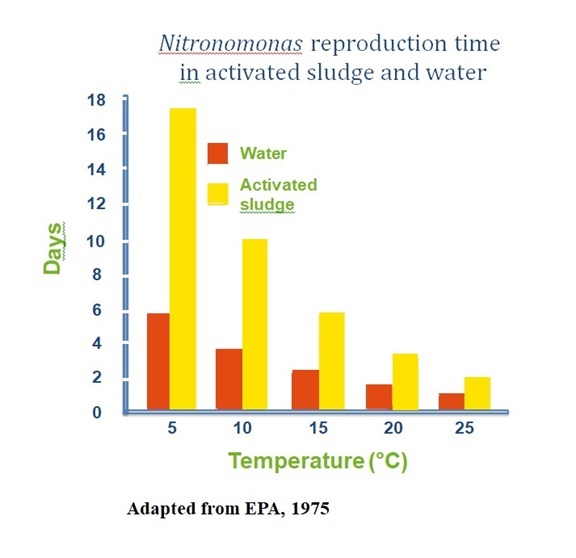