Cap Dauphin Fishermen’s Coop Phase 1 : Taking data to optimize energy savings due to the increase in capacity and storage time in the current lobster tanks.

This phase aims to collect biological data on lobster from the Magdalen Islands and to measure the impact of lobster on the quality of water during the stabling. These data will be used to fine-tune the technical design of a subsequent project to be presented by the Cap Dauphin Fishermen’s Cooperative.

The two goals of this project are:

This phase has for objective, the prevention of lobster mortality during the fishing season. Two measures are proposed:

The improved diffusion system includes fine bubble diffusers along with aductors which will improve the oxygen transfer from air into water. The oxygen monitoring system that will provide an alert when/if the oxygen level drops below the safe level. An oxygen generator will have the capacity of rapidly and automatically inject oxygen-enriched air to help meet additional oxygen demands.

Lobster will be held submerged in special plastic totes stacked under a shower system. This shower system will add roughly an additional 265 980 lbs stored under shower in the holding facility (132 990 lbs. per pound) during the first month or so, while the water is cold, with 6 baskets par stack. Later, as water will warm up and will hold less oxygen, the number of totes/stack will gradually decrease to 4 totes per stack at the end of the season to about 88 660 lbs./pound. The biologists from Aquabiotech will provide guidance on the number of baskets to keep per stack as the water temperature warms up.

As requested by the COOP, the showers will operate as a flow through system. Water from the ocean will be pumped directly to ponds (6 000 lpm) via a pump located at the wharf, and return to the ocean by gravity. For the shower (for each pond) , one pump flowing water (10 000 lpm) from the pond to the shower system. The required flow rate through each stack of totes was determined through numerical simulations aiming to maintain 6 mg/L of oxygen within the bottom totes throughout the whole season, regardless of water temperature. These simulations were based on the oxygen consumption data collected during the preliminary project last summer, and on the premise that the level of oxygen is at 100% saturation as it flows into the holding plant. 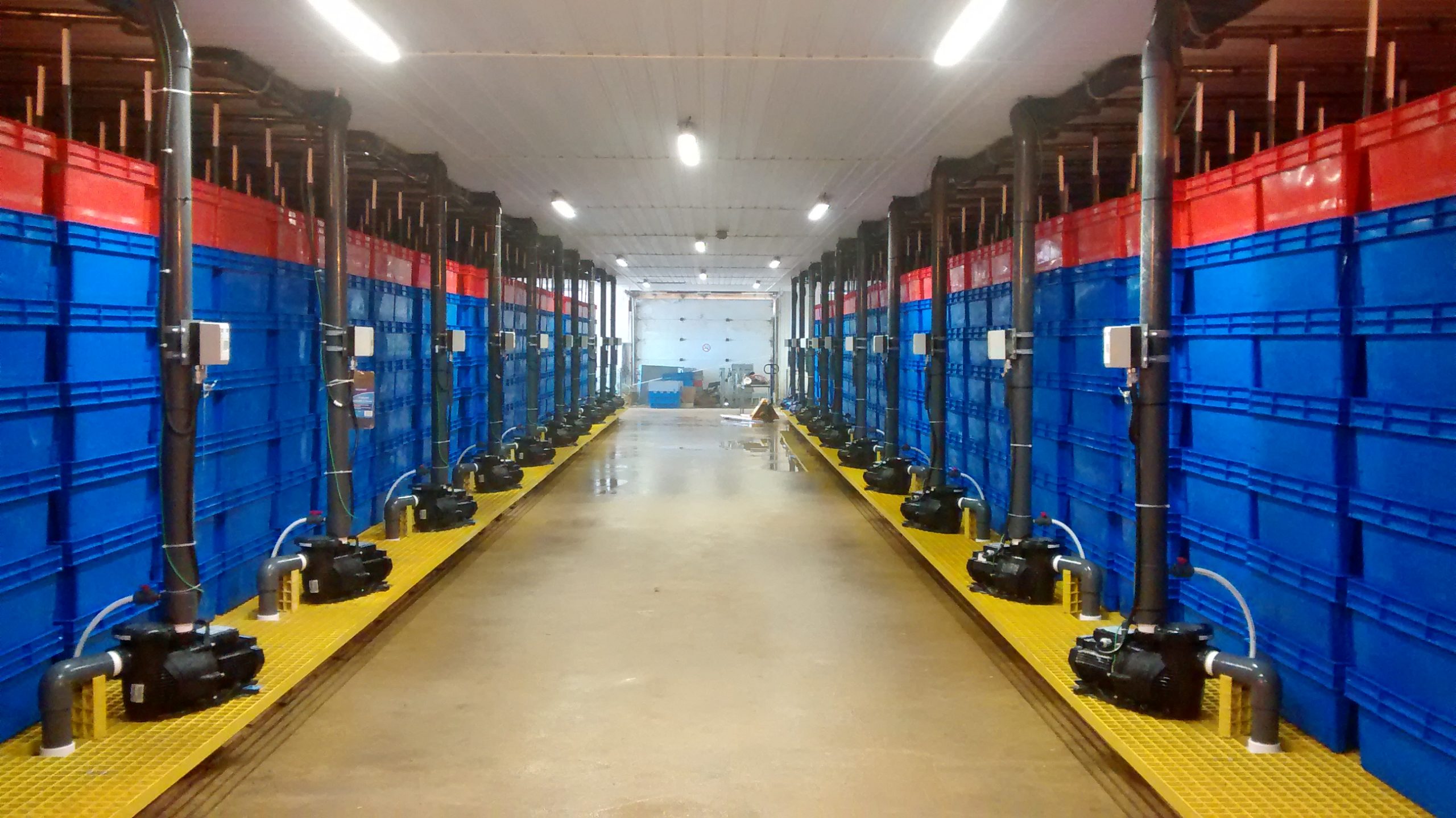 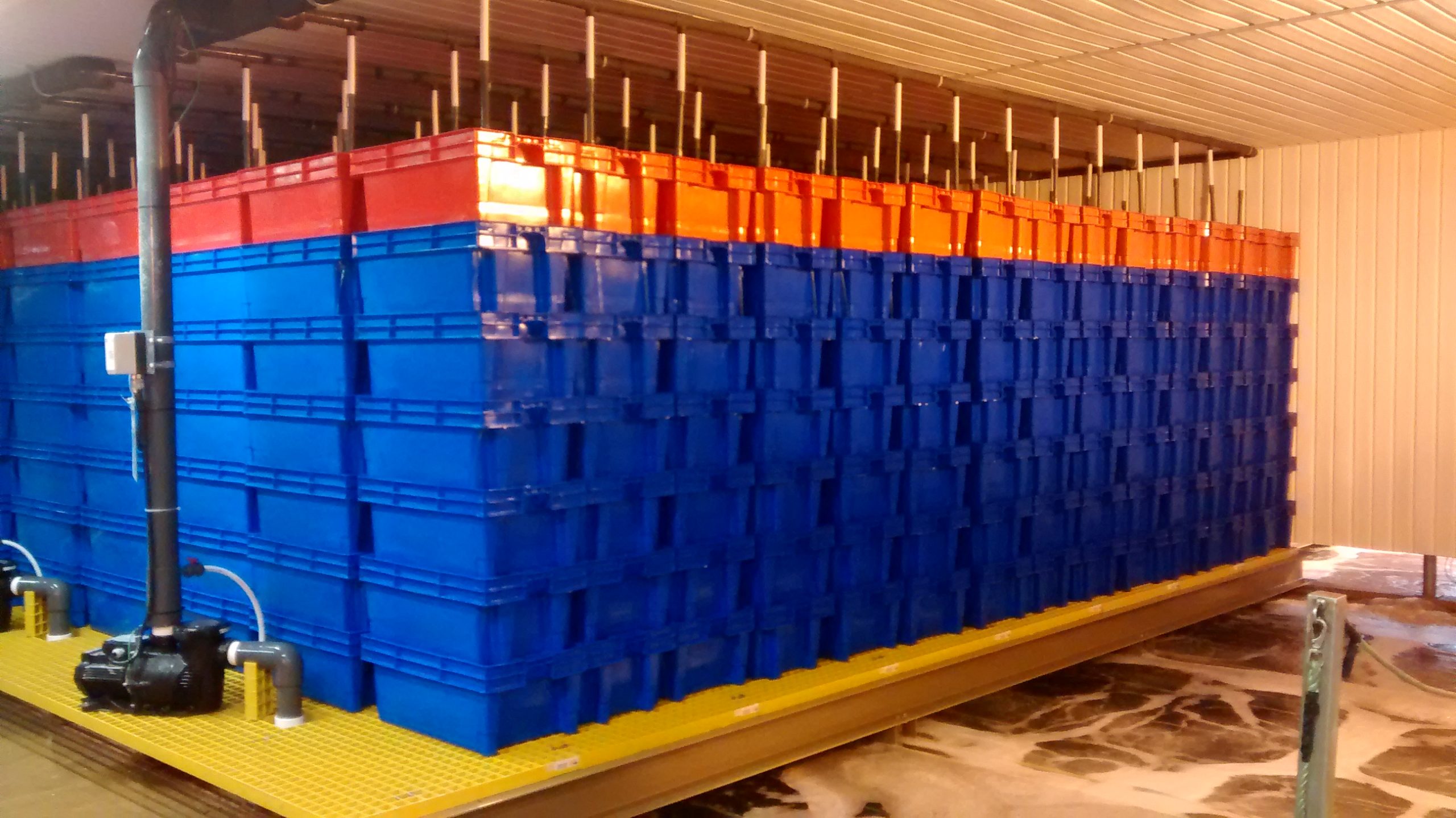 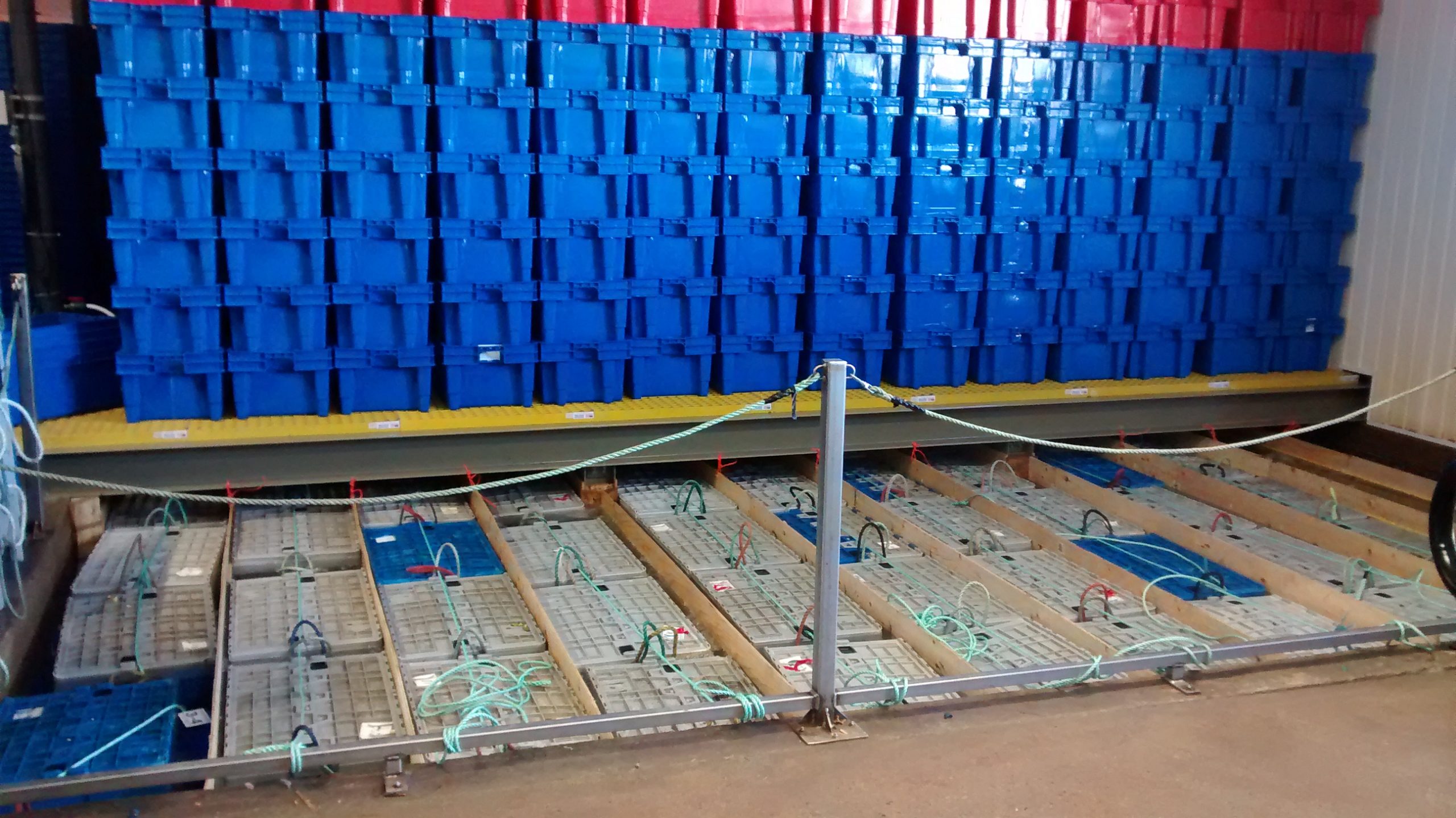